Many Congratulations to manager Remi Lewis & the Cheshunt Women’s first team, The Amberettes, on winning promotion to the Eastern Region Women’s Football League from the Bedfordshire & Herts County League.

The team won their promotion via a Promotion Pool administrated by the FA as they restructure England Women’s Football into a national pyramid system, similar to the men’s game. The Eastern Region Women’s Football League is at the fifth and sixth levels of the English Women’s Football pyramid, and feeds directly into the FA Women’s National League – Division One South East.

Chairman Dean Williamson was delighted to receive the news, especially as the team have achieved the FA recognition in their first full season of competition: “This is a great achievement for the team, gives the girls coming through the youth teams inspiration to play for the senior team, and gives Cheshunt FC and our community a higher profile in the Women’s game”.

You can follow the Amberettes fortunes in the new season via the FA Full-time website when the new fixtures & tables are released in July. 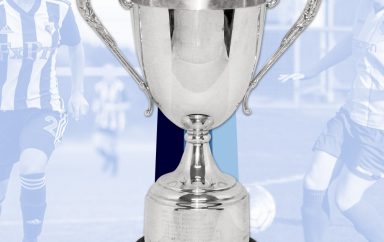 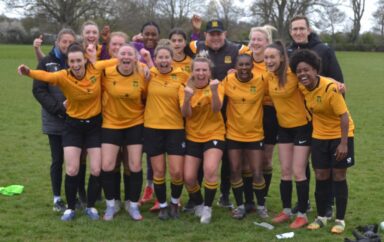