The Ambers won this Herts Derby match comfortably with two strikes from Ken Charles and a first goal of the season for Zak Newton. Cheshunt triumphed in a tense but comfortable derby match at the LA Construction Stadium.

Bar were on the back foot from the start, as Cheshunt started quickly with slick passing on a surface that had taken a days rain suiting their play.  Bar keeper Al Droubi made a good stop early on and a few last-ditch tackles in the opening 10 minutes kept Cheshunt at bay.

In the 18th minute the Ambers had the ball in the net, only for it to be ruled out for a foul in the build up to the goal.

Two minutes later Bar narrowly avoided conceding a stunner, as a clearance rolled into Joe Re’s path he  smashed a shot narrowly wide from range rattling the stanchion post and making the net ripple to look like a goal.  Ken Charles then crashed a shot against the bar just a few minutes later to confirm the Amber dominance.

The Scholars were  under significant pressure in the early stages of the game but had held strong to keep the score level, and at times looked as if they could be dangerous on the break if Cheshunt let their guard down.

Cheshunt took the lead through the returning Ken Charles. The former Scholar picked the ball up from some 35 yards out and struck a swerving , dipping shot beyond the keeper to give the Cheshunt the lead going into half time.

Ben Ward-Cochrane was introduced  after the interval and almost had the perfect introduction, driving at the Cheshunt defence and forcing a save from Charlie Taylor.

James Budden saw his first of what would become two yellow cards for a blatant foul on the edge of the area. On the hour mark he was dismissed when he gave the referee no option foolishly pinning Ken Charles to the floor & generating a minute or two of ‘My Dad’s bigger than your Dad’  for the officials to resolve.

Zak Newton added the Amber’s second with 15 minutes left to play, as a mix up at the back and then a slip from goalkeeper Al Droubi presented  a virtually empty net for him to roll the ball into.

Adam Crowther headed just over from a corner with 9 minutes left to play, as the away side continued to threaten on the deck and from set pieces as Potters Bar frustrations led to a steady flow of free kicks.

Injury time saw Bar get a goal back through the busy Ward-Cochrane as Cheshunt dropped their concentration level, but it was too late to mount a comeback. 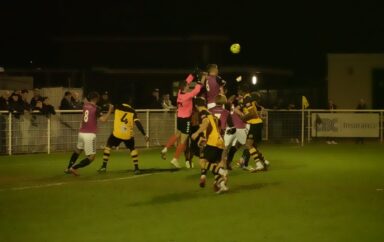 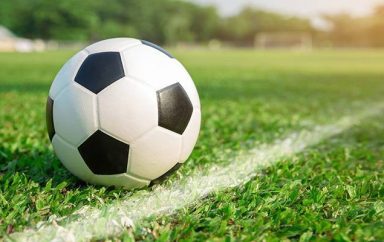