The report submitted to the Sunday Newspaper NLP giving account of a fine home win for the Ambers. Both teams came into the match with positive form, and the first half saw each largely cancel each other out, centrally both sets of centre halves had the better of the forwards. For Cheshunt Beckles Richards had chances, as did Zack Newton drifting inside for opportunities on goal. For Cray Christopher Dickson did everything right late on in the first half striking a rising shot towards the roof of the net from an angle on the right, but a superb reflex save from George Marsh in the Ambers goal tipped the ball out for a corner.
The first half substitution of injured Zubayr Boadi (dead leg) changed the Cheshunt dynamics and gave them short options wide & longer options through the middle with Mo Camara the replacement playing as striker.
The second half saw Camara keep both centre halves busy and allow Newton & Beckles Richards more freedom, the latter took it twice, first latching onto a back pass that with no pace to reach the keeper in the inside right channel Beckles Richards passed it beyond the keeper low into the far corner, then springing the offside trap as Wanderers held a line on halfway, Beckles Richards rounded the keeper but in doing so went too wide to shoot first time, so had to come back inside, defenders on the line were unable to prevent him bagging his second. 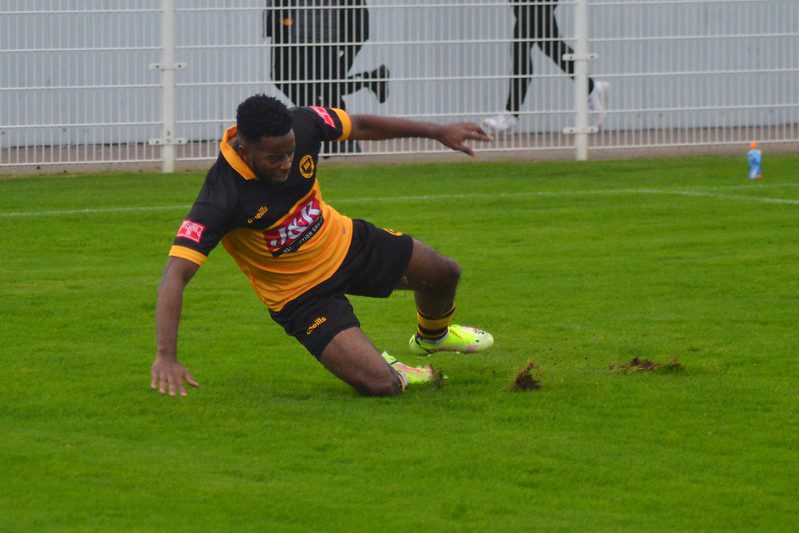 Perserverance bought the Ambers third goal, Amadou Kassarate had been a rock at the heart of the home midfield, strong tackles, headers won all game, he advanced from his own half and as the Wanderers backed off, he broke into the penalty box looking for a shot, thwarted he passed to Newton whose return pass to Kassarate had exactly the weight to invite the shot & Kassarate didnt hesitate, his low shot across goal going in off the far post. 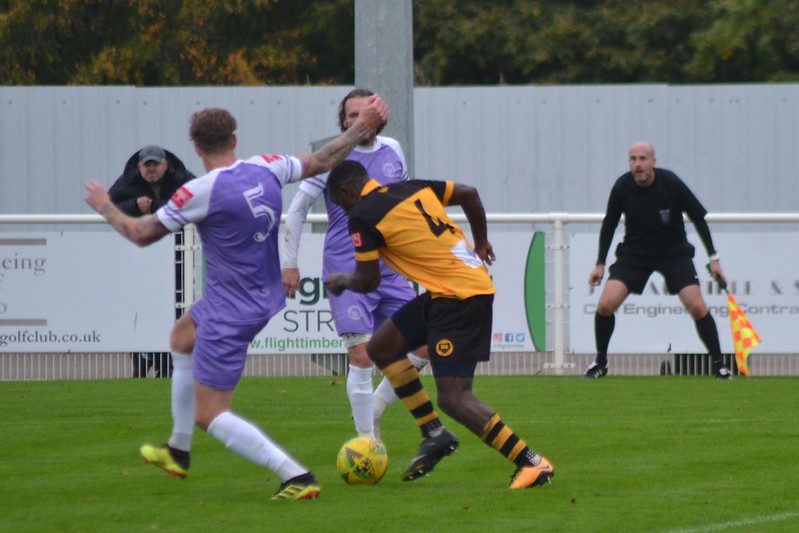 Cray Wanderers were not without chances, but only half chances with the Cheshunt defence holding them at bay for most of the match,  the pace of Maclean & Ekongo as full backs ensured no excursions around the back, and the physical presence of Crowther & Mackenzie centrally saw good Wands build up play snuffed out before any threat to Marsh’s goal. Each of the Cheshunt goals seemed to come at the right times to subdue any thoughts of a comeback. 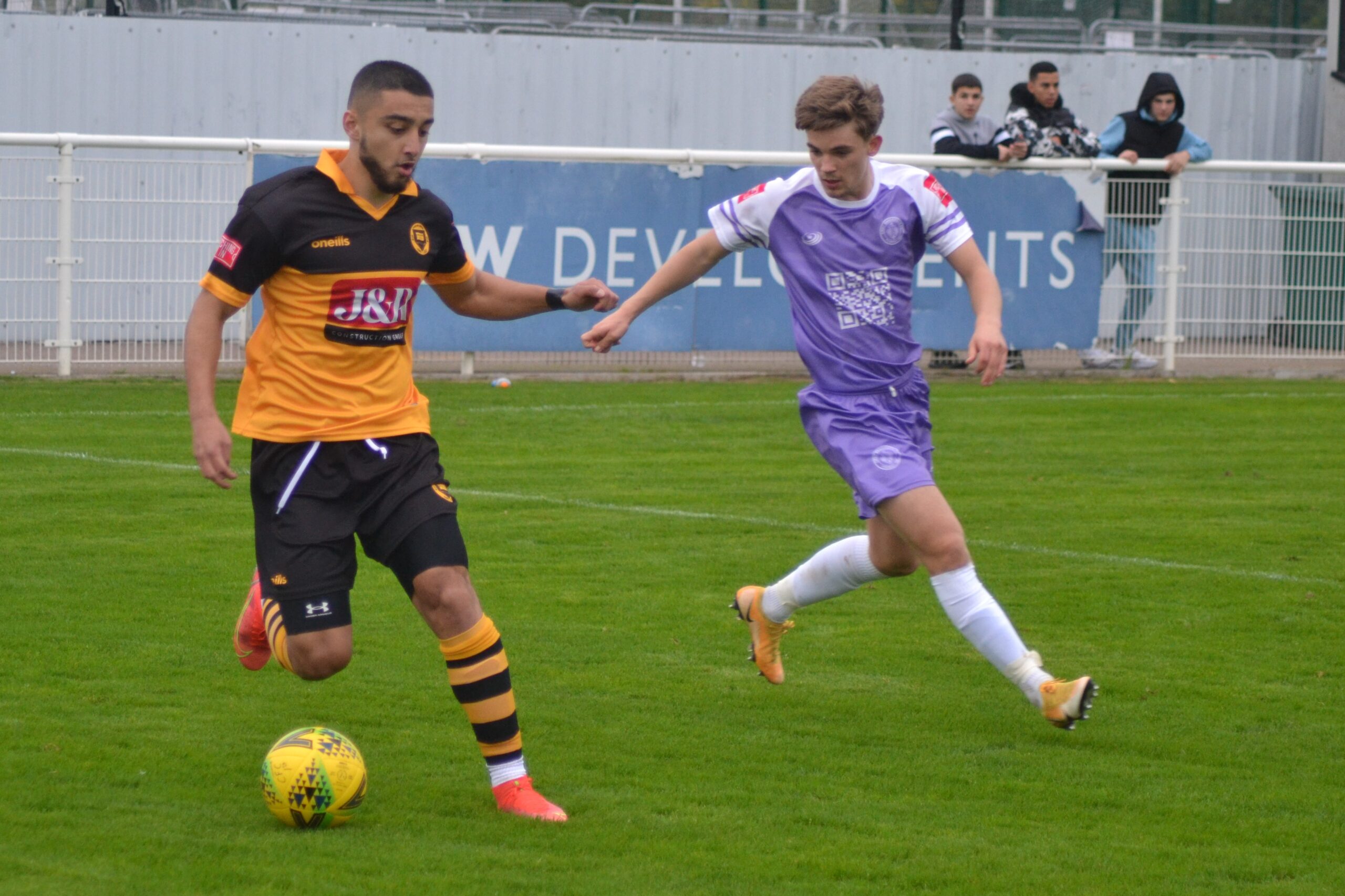 First half substitute Mo Camara completed the scoring with a towering header at the back post after mesmerising  ball control from Nordi Bobomurodov created space for a perfect cross to the far post, to see the Ambers score four for the first time this season and keep the Ambers fine run going, ten points from twelve exceeding expectations of the last four matches and lifting Cheshunt to 5th in the league.