Notes on the magnificent 3-0 victory over St Albans City in the FA Trophy 4th round. 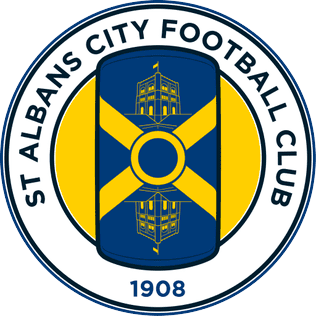 This eagerly awaited all Hertfordshire tie didn’t disappoint as the Ambers turned up at Clarence Park with a strong and vocal following to take on their National League South rivals. Cheshunt opened the match on the front foot and enjoyed the better of the first twenty minutes without really testing Michael Johnson in the Saints goal.

St Albans City slowly took on the role of senior side and hosts, starting to wrest a degree of control in the midfield of a large pitch, Zane Banton was prominent in their build ups and had a shot on target parried clear by Preston Edwards in the Ambers goal starting his second spell at Cheshunt, Johnny Goddard blazed the return over the bar. Moments later Banton drove a low cross through the Ambers’ box but all the Saints forward men were on their heels and arrived to late to make a connection. Enock Ekongo at right back patrolled a lot of space in front of him and closed down Saints only threat, forcing everything inside where Taylor Mackenzie, Tom Gardiner and Amadou Kassarate  stood firm forcing the home side into speculative and wayward shots from the edge of the area.  In front of Ekongo, Zack Newton tracked back but when released forward gave the fullback a torrid time with his twists & turns down the right. On the left hand side Reece Beckles Richards & Chevron McLean combined well to advance the Ambers into the final third.  McLean shot just over the bar when a free kick twenty five yards out called for his left foot, and striker Rowan Liburd beat his marker to a through ball, completing a thirty yard break with a shot over the bar that whilst off target served as a warning the home defence couldn’t be too complacent.

No goals at half time with neither goalkeeper seriously troubled, the Ambers matching St Albans in every department.

Cheshunt started the second half with the same intensity as they did the first, this time they were rewarded early, tight passing twenty or so yards out saw Reece Beckles Richards create space and a gap to fire the ball into the top right hand corner giving Johnson no chance. The home crowd expected their team to respond, but Cheshunt allowed no such opportunity, Mackenzie & Gardiner worked well centrally, Ekongo & McLean were advanced, and Kassarate started to boss the space at the base of Cheshunt’s midfield, advancing himself or laying passes off to the ever reliable Joe Re, and former Saint Taylor Miles who was playing with a smile and relentlessly covering acres of ground to release Beckles Richards & Newton.

The Ambers second goal came when Newton released Beckles Richards down the inside right channel, allowing the ball to run across him to the byline he looked up to see Rowan Liburd advancing towards the far post, a high floated cross removed the keeper from the equation and with height, momentum and desire there was only one winner as Liburd rose above the far post guard and headed down into the corner for the second goal, sending the Ambers fans packed into the stand behind the goal delirious.

St Albans made changes in a bid to get back into the match, their first shot on target coming from a Mitchell Weiss drive , low and central. Preston Edwards was spot on with his handling, getting down well, covering with his body, and ensuring no easy rebounds. A promising position for a free kick on the left was squandered by Saints when they elected to pull it back square for yet another shot over the bar, the ball boys spending this half busier than the Ambers keeper as a succession of attempts cleared the bar & at times the stand behind.

Cheshunt put the game beyond  doubt with fifteen to go, when a move down the right allowed Beckles Richards a run at the defence, his shot was blocked but span across the front of the box towards Rowan Liburd who turned his marker, got the ball out from under his feet and picked his spot across the keeper into the far corner.  Mo Camara came on to replace Liburd, giving a weary Saints defence the run around and unlucky not to connect with a Newton cross in the latter stages.

In the heart of the Ambers midfield Taylor Miles had run & run & run, his replacement Jamie Reynolds triggered more one two passing around the home side as the Ambers confidence was shining in contrast to the Saints ideas waning by the minute. Reynolds Newton & Re combined to set Beckles Richards with another opportunity, he carefully lifted the ball over the advancing keeper, but was foiled by the bar coming to the home team’s rescue.   As the additional time ticked over it was great to see club captain Ola Williams make the field as the last substitution after coming back for injury, just in time to lead the celebrations as the Ambers advance further still in this competition than they ever have before in their seventy five year history.

The next round will be the fifth round proper draw and will be made live on talkSPORT2 radio on ‘The Social’ show at around 3.15pm. Monday 17th January. Cheshunt will be ball #4.

Look out for the Cheshunt match to be added to the fixture list in the match centre at www.cheshuntfc.com sometime after the draw has been made & subject to time/date confirmations from both teams. 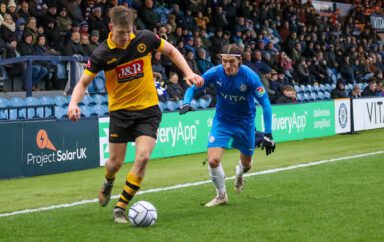 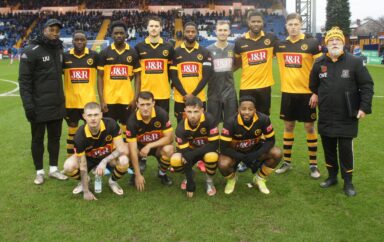