The Ambers return to winning ways with another cup victory over Vanarama League opposition. 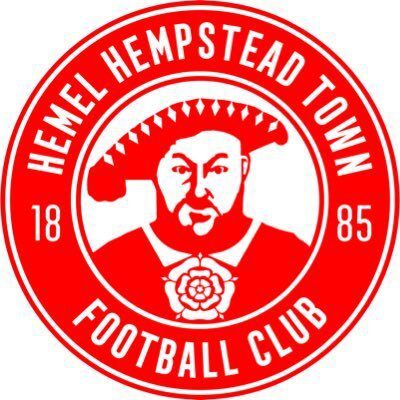 The Ambers kept up their habit of knocking over Vanarama South sides in cup competitions with a fine win over Hemel Hempstead on Tuesday night in the Herts FA Challenge Cup.

Manager Craig Edwards, confident in his squad,  sought to get everyone who hadn’t started matches in January a slot in the starting eleven and so George Marsh came back in between the sticks, Adam Crowther returned from injury partnering Tom Gardiner, club captain Ola Williams started at right back with Enock Ekongo moving into midfield, and Mo Camara started in the 9 shirt swapping places with Rowan Liburd.

The Ambers had an energy about them from the start, not allowing The Tudors to settle and fizzing the ball around the middle of the park with pass & go movement opening the visitors up.  Within 5 minutes Reece Beckles Richards sprang the off side trap latching onto a through ball in the channel, for the first attempt on goal, Hemel keeper David Saunders on debut, did well to be quick off his line and smother the attack at Beckles Richards feet.

Beckles Richards & Jamie Reynolds combined well and looked up to see Joe re making a Lampardesque late run into the box, finishing the move with a low drive that flashed past the base of the post.

For Hemel, Alfie Cerrulli was lively and looked most likely to be a danger to the home defence. Gardiner & Crowther looked comfortable central, and Daniel Ojo had the pace to keep any attack down the Cheshunt left wide and out of dangerous areas.

Referee Stuart Creek kept play moving with some very astute  ‘advantage’ decisions, and when his whistle went, took time to explain why and got the game moving again without complaint.  A well contested first half seemed destined for nil-nil at half time when Daniel Ojo moved out of his left back slot, advanced to receive a ball on half way, beat his man & drove into the space that opened up before him, as the Hemel defence backed off he pulled the trigger on the edge of the box, keeper Saunders got down and across well but could only parry the ball back into his six yard box, where Beckles Richards was first to react, twisting to volley home from short range.

The goalscorer was in the thick of it at the start of the second half teeing up Mo Camara for a shot the keeper did well to tip wide of the post. From the resulting corner swung deep, Adam Crowther headed back across goal and Beckles Richards got a header goal bound, but the keeper covered.

Jalen Jones slotted in for Tom Gardiner & Zubayr Boadi replaced Jamie Reynolds, both took a moment to pick up the pace of the game , then looked comfortable with their responsibilities. The Ambers were playing good football, enjoying plenty of possession, and moving around the pitch with a smile, none more so than Enock Ekongo, tireless in his new role, he was up & down the pitch winning vital challenges & intercepting multiple passes. On 65 minutes Ekongo won a challenge in his own half and drove forwards into the space in front of him, his team mates made runs ahead of him dragging defenders with them,  he looked up 25 yards out then unleashed an unexpected but very welcome left foot shot that stunned both the defence and keeper as it hit the back of the Hemel net.

Hemel sought to make the last quarter a nervous one, but George Marsh was equal to anything goal bound, doing particularly well to get down to his right to smother an Ethan Holt attempt.  The Ambers had time for one more attempt when Beckles Richards put through at inside left with the keeper to beat had the chance to ice the cup tie cake, but stroked the ball just wide of the far post.

A fine win against strong opposition & the Ambers back to confident football. A semi final against Hitchin Town awaits, in the other side of the draw Ware play Hadley for the right to challenge Royston Town in the other semi final. 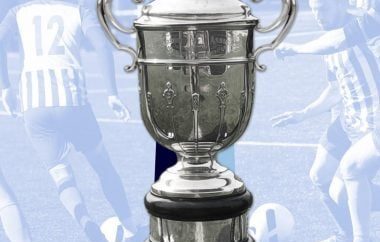 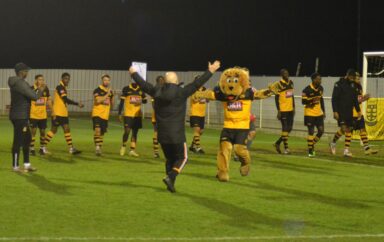