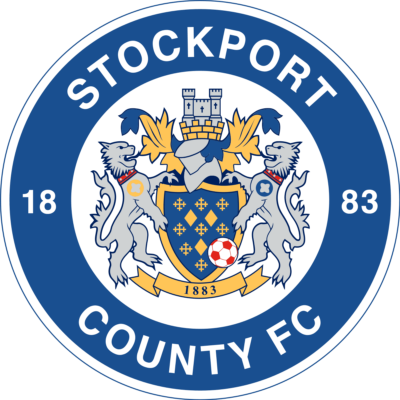 The Ambers visit Stockport County on Saturday competing in the fifth round of the FA trophy, the last sixteen of this year’s competition. Stockport away is a tough draw, they are currently top of the Vanarama National League have won seven of their last eight league games & drew last night with promotion rivals Chesterfield coming back from two goals down.   They beat Larkhall Athletic in the last round 3-0 and have been League Trophy Finalists in successive seasons in 1991/92 and 1992/93. (known at the time as the Autoglass Trophy, today the Papa John Trophy , with thanks to Gerry for the correction)

Paddy Madden is Stockport’s top scorer with thirteen this season ( Yes, we are checking to see if there is any family links to our own Tony Madden), Will Collar and Ollie Crankshaw have eight each.

The Ambers forward line know where the goal is,  Rowan Liburd matches Madden’s total of thirteen goals , Reece Beckles Richards is hot on his heels with eleven, while Zack Newton & Mo Camara have seven & five respectively.  Goals have flowed from every position this season to date, so we can look forward to someone adding to their total.

Craig Edwards Cheshunt Manager said ‘’Like everyone else I’m really looking forward to the trip/ game at Stockport County.

The club have done everything to ensure we have the best possible preparation. The Isthmian League were also helpful to postpone Tuesday’s fixture and it’s been a great help.

After five very tough games in the competition we have drawn the toughest possible tie. I’m not complaining as it’s what I’d hoped for. I was asked if I wanted an home tie, a winnable tie,  or a glamorous away tie against one of the ex league teams? and that was what we got.

We know it’s an enormous task in front of us but you can be sure the boys will give it their all. Win, lose or draw everyone at the club and our fantastic support can have their day in the sun and it’s richly deserved. ‘’

Chairman Dean Williamson is looking forward to the trip up to Manchester, and is rightly proud of the club’s record run in this season’s FA Trophy competition, ” We go away to Stockport County for what will be a memorable occasion for all involved at Cheshunt Football Club. We’ve made fantastic progress as a club over the years, both on and off the pitch, and this weekend is a culmination of all the hard work and effort of everyone at the club.”

The Ambers had a dip in league form at the start of the year, but have put that right with a win over a new look and improving Leatherhead side, and despatched another National League side out of a cup competition beating a strong Hemel Hempstead 2-0 in the Herts Senior Cup.  The road to the fifth round has seen the Ambers beat Corinthian Casuals, Berkhamsted, Chelmsford City, Bishop’s Stortford & St Albans City thus far in a record breaking run, a match against Stockport County of the Vanarama National League gives the players the opportunity to play a bigger stadium, in front of a bigger crowd and gauge themselves versus players from two leagues above. It also gives the club as a whole a first hand view of what it takes to maintain a presence at National League level.  What a wonderful opportunity & experience!

Shirts, Scarves & Hats are still available from behind the bar