Rowan Liburd’s loan spell expired after the FA Trophy match v Stockport County, for a number of weeks now we have been working hard as a club to extend this loan. Unfortunately with Billericay at the bottom of the Vanarama National League South they have felt the need to recall Rowan.  Manager Craig Edwards updated on the situation Billericay &  also on two new signings this week,

”Rowan has been recalled by Billericay despite wanting to stay with us. We tried to extend his loan but it wasn’t possible. He has been a revelation on and off the pitch and we’d like to say a big thank you for his considerable contributions. Hopefully he’ll be back in Amber for the new season. ” 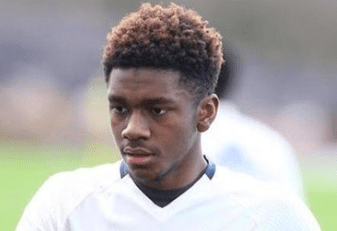 Craig has moved swiftly to sign 23 year old Kayne Diedrick-Roberts from Bognor Regis. Kayne is a pacy, skilful, goalscoring left winger. He was a youth team player with Manchester United. Some of you may recall he actually had a game for Cheshunt a couple of seasons back in an electrifying debut, before signing a professional deal in Sweden. He is available for a second debut against his previous side Bognor tomorrow.

We are also delighted to bring back 24 year old Sam Alderson. Sam has been with Craig at three different clubs including a brief spell in Craig’s first season at Cheshunt, before like Kayne, he signed a professional deal in Sweden where he has been for the past three seasons. Sam is a dead ball specialist  and a free scoring midfielder. Unfortunately Sam tweaked a hamstring in his first training session with us on Thursday and is likely to be unavailable for a couple of weeks.