After last weeks 2-0 win in the 4th round at Bowers & Pitsea, the Ambers travel south along the A10 to White Hart Lane and a quarter-final tie with our near neighbours Haringey Borough.

To get this far, Haringey have only played one match, in the fourth round, a 1-0 win at Brightlingsea Regent.

The Ambers joined the tournament in the third round with a 4-2 home win v Brentwood Town. This was followed up with last weeks 2-0 victory over Bowers & Pitsea in the 4th round.

The winners will go on to play Margate at home next week.

For those who wish to cheer on The Ambers, the address of the ground is:-

Please note that the ground is in the ULEZ and there is a £12.50 daily charge if you go by a motor vehicle that does not pass the emissions standards.

The car park at the ground charges £1 per hour and part hour and the ticket machines are coin only. There is a facility to pay by phone via an app.

There is no street parking nearby.

The ground is served by the W3 bus which stops right outside the ground. The W3 serves both White Hart Lane London Overground Station & Wood Green London Underground Station for anyone attending the match by public transport.

Admission charges are as follows:-

Under 16’s Free when accompanied by an adult 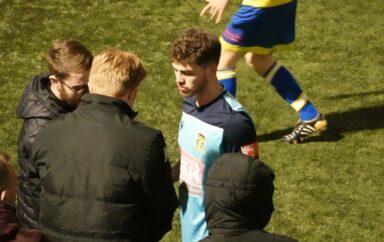 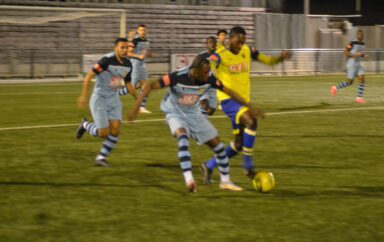