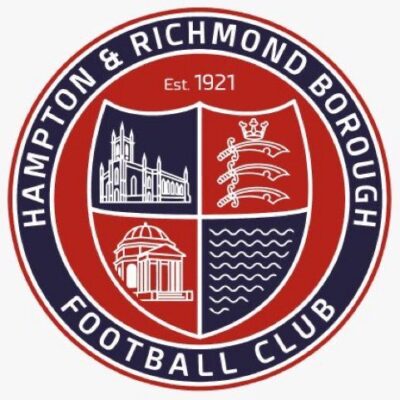 The visitors experience at this level showed in the first 15 minutes & the Ambers were under pressure from the start, Cheshunt looked promising down their right side, Borough down the left, with Brandon Barzey looking lively, Cheshunt keeper Preston Edwards tipped a rasping shot onto the bar & away for the save of the match, and was unfortunate the home side conceded a penalty when the defence were unable to get out of the way of a goal bound shot, Edwards saved, but Wood was first to the close range rebound.

The second half saw Cheshunt close down the Borough playmakers & it was against the run of play that substitute Temi Babalola put Brandon Barzey through one on one, a touch round the keeper and one for the goal.

Cheshunt responded immediately, and the dangerous Dayshonne Golding weaved his magic to beat a succession of defenders and slot home. Cheshunt pinned Borough in their own half and substitute Rowan Liburd was set free on the right and needed no invitation to shoot across goalkeeper Julian for the equaliser. With their tails up and their midfield still working hard, Golding was released to attack the away defence again, supported by Enoch Ekongo they manufactured a low cross, Liburd run to the near post left fellow substitute time and space to slam home the winner in the last minute.