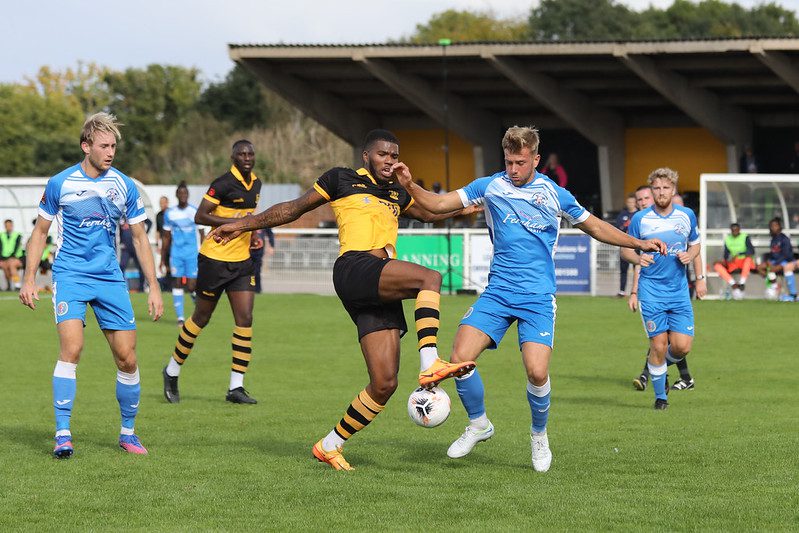 Some more action pictures from the lens of photographer & Cheshunt Women FC player Amy Eve along with the report submitted to the Non League Paper published on Sunday morning. 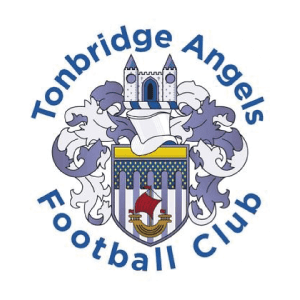 Cheshunt opened brightly with opportunities spurned, Angels replied hitting the base of the post , then forcing home keeper Preston Edwards into a fingertip save from a shot across the goal from the right. Angels opened the scoring bundling the ball over the line from a low left side cross that Cheshunt could & should have dealt with. The Ambers responded well to going behind, Joe Re had a right foot shot tipped over when perhaps he could have gone earlier with his left foot. Just as  Cheshunt sought to get to the break level, former Cheshunt Youth player Ruben Soares dealt a blow putting the visitors two up on the stroke of half time.

Cheshunt made attacking changes and they paid off when Reece Beckles Richards crossed low & Rowan Liburd scored from close range. Tonbridge restored their lead controversially as a foul on Cheshunt’s Joe Re went unchecked, allowing a low cross from the right to be turned home by Louis Collins nipping in front of the defence to beat Preston Edwards at the near post. Cheshunt continued to attack with width & a fumble from visiting keeper Jonathon Henly was slotted home by Brandon Adams at the back post. Alas Cheshunt were hit on the break again when a long goal keeper clearance was bought down by Louis Collins very close to the touchline was it in or out, was it hand ball on the blind side in addition to being suspiciously offside, his lay back bought substitute Jeremy Santos into play and he rifled a shot into the corner for what was the goal of the game.

Cheshunt continued to take the game to Tonbridge in the latter stages, the visitors defended well but Reece Beckles Richards bundled home from close range to set up an injury time nail biter, The Ambers thought they had the ball over the line with the last corner of the game as Henly punched clear low in his goal, but the visitors survived to take the points, in a match where finishing ended up counting. 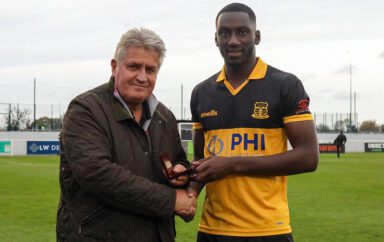 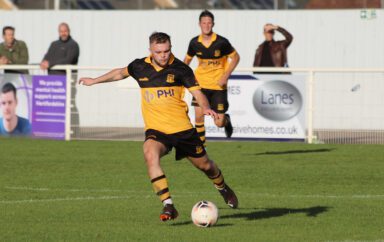