Reporting on the weekend match away at Chelmsford City. 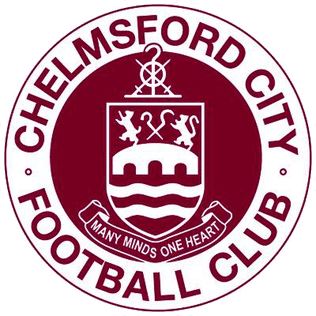 A tough match away from home versus third placed Chelmsford City could have been played out so differently had Ovie Ejeheri, Chelmsford’s Arsenal loanee goalkeeper not saved his fourth penalty in a row on the stroke of half time.

The home side started well & it looked ominous for the Ambers as Tom Blackwell, Jamie Yila & Kai Yearn took control of the early stages & created but spurned multiple chances.  Cheshunt avoided conceding early…..just, and then came into the game. Debutants Chris Harris & Josh Bohui featuring in plenty of the action, Harris’ hold up play & ability to put Chelmsford’s defence under pressure in the air created opportunities, and Bohui’s quick feet saw him skip away from challenges in wide areas. Brandon Adams had the first clear chance for Cheshunt when Joe Re broke and played Adams in with a low cross, the first touch took the striker a little wide & his shot back across was saved comfortably.  Cheshunt laid  claim to the first of several handballs in the area dismissed by newly promoted referee George Laflin, Zack Newton drew fouls with his trickery, before having a shot saved at the near post, and Cheshunt were on the front foot, as the Ambers fans looked forward to getting to half time at 0-0 and taking the game to the third placed side, Josh Bohui’s run into the box on the Cheshunt left, saw him felled & referee Laflin point to the spot. Striker Brandon Adams took responsibility, driving the ball low to the keepers right, but Ovie Ejeheri, a huge presence in the home goal got down well to save his fourth penalty in a row.

Home skipper David Winfield managed to get a yellow card for dissent before the half time break, which had the officials spotted his second half offences might have been significant.

Zack Newton shot over the bar at the start of the second half, & Simeon Jackson replied for the Clarets, Joe Rose denying him with a fine one handed reaction save.  The second half, as with the first, saw Chelmsford creating the chances, often taking advantage of loose passes. Cheshunt sought to get wide & bring Harris into play in the box and forced a number of corners, twice Harris was pushed under the ball as he looked for the heading opportunity. Again the Ambers had reasonable shouts for handball unanswered.  Reece Beckles Richards & Josh Bohui had shots  wide of the target when looking in good positions to score.

Just as a point and clean sheet started to look like a good result Chelmsford City stole the lead on 87 minutes, they worked a short free kick on the right well, the initial cross was cleared, but it was a tired clearance and fell at the feet of substitute Henry Ochieng, who fired a deflected shot through a crowd of players to beat Joe Rose to his left. A bitter pill to swallow, but given Chelmsford players had fallen to the floor regularly throughout and their physio’s heat map probably matched that of their players, there would surely be plenty of time for the Ambers to rescue the match, Alas in pushing forward in search of the equaliser, substitutes Harry Lodovica & former Potters Bar youth player Charlie Ruff combined to steal a second goal. Taylor McKenzie saw red late on after the assistant on the far side claimed to have seen him elbow the Chelmsford captain Winfield as they ran up the pitch after a Cheshunt attack, VEO shows more of a shoulder than elbow, but still retaliation for Winfield’s kick on McKenzie whilst the latter was on the floor just moments earlier.  A lucky escape for the already booked Winfield, the Ambers let down by inconsistency again, too late in the match to make much difference here, but likely to mean enforced changes over the next few weeks if an appeal is unsuccessful. 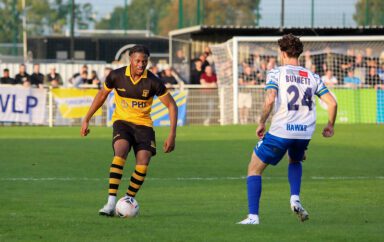 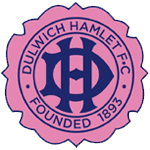 UP NEXT: DULWICH HAMLET (HOME)