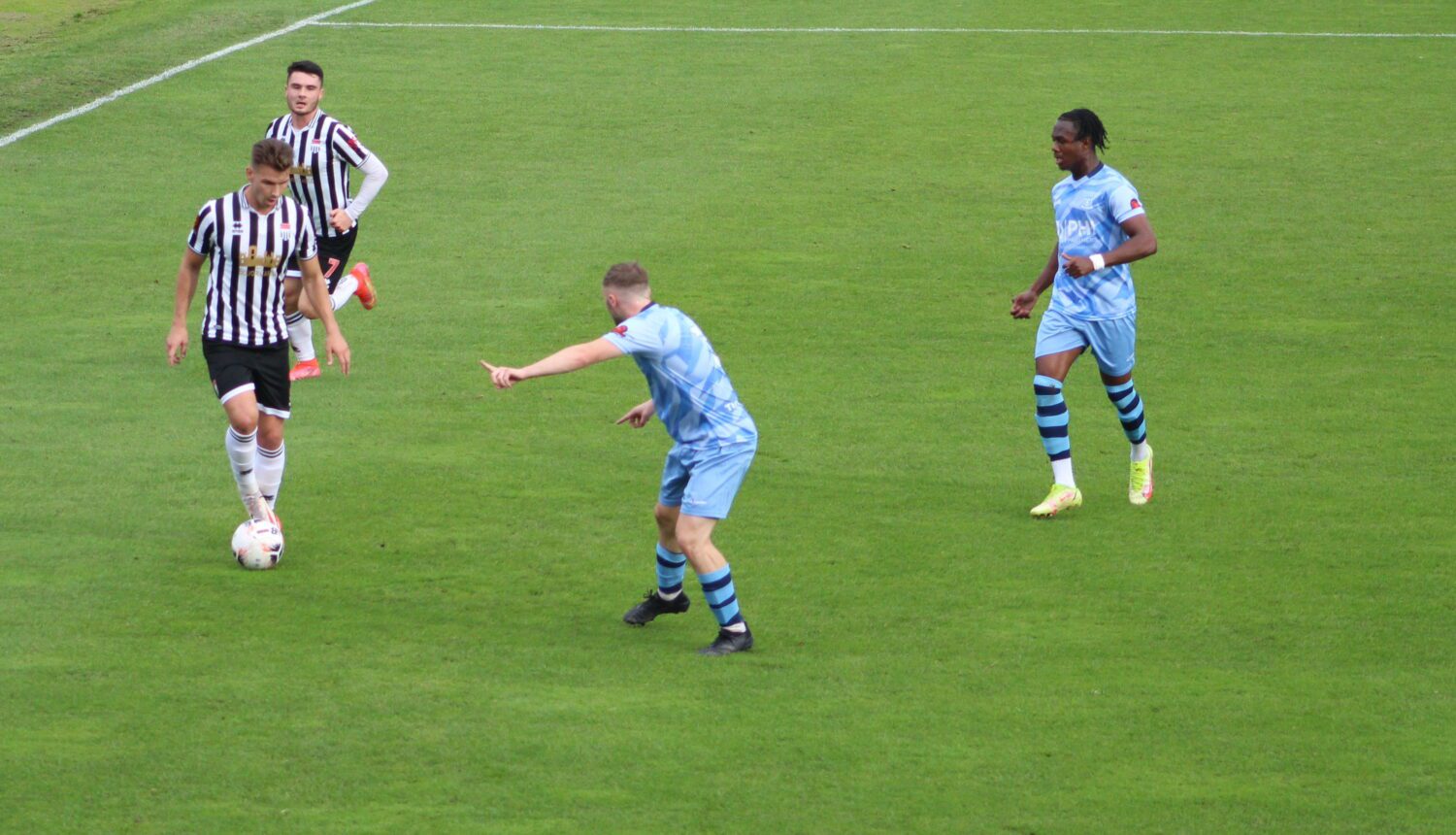 A selection of pictures & match report from the away trip to Bath City.

A resilient Cheshunt were finally broken down via a 74th minute penalty away at Bath City, when Taylor McKenzie attempted to clear the Amber lines, but caught Alex Fletcher in the process as the Bath man tried to steal the ball off his foot. Cody Cooke’s spot kick was his 12th goal of the season, Ambers keeper Joe Rose went the right way but the well struck shot made it past his finger tips and into the corner.

Cheshunt settled well & a solid defensive display frustrated the home side in front of a large West Country crowd. Chances for the Ambers were hard earned and few in number, but as the match progressed there was a feeling in the Cheshunt camp a nil-nil draw was a possibility, while the home support were hoping the visitors were not going to hit them on the break and steal a win. Mo Camara went closest for Cheshunt in the first half with a header just over the bar. 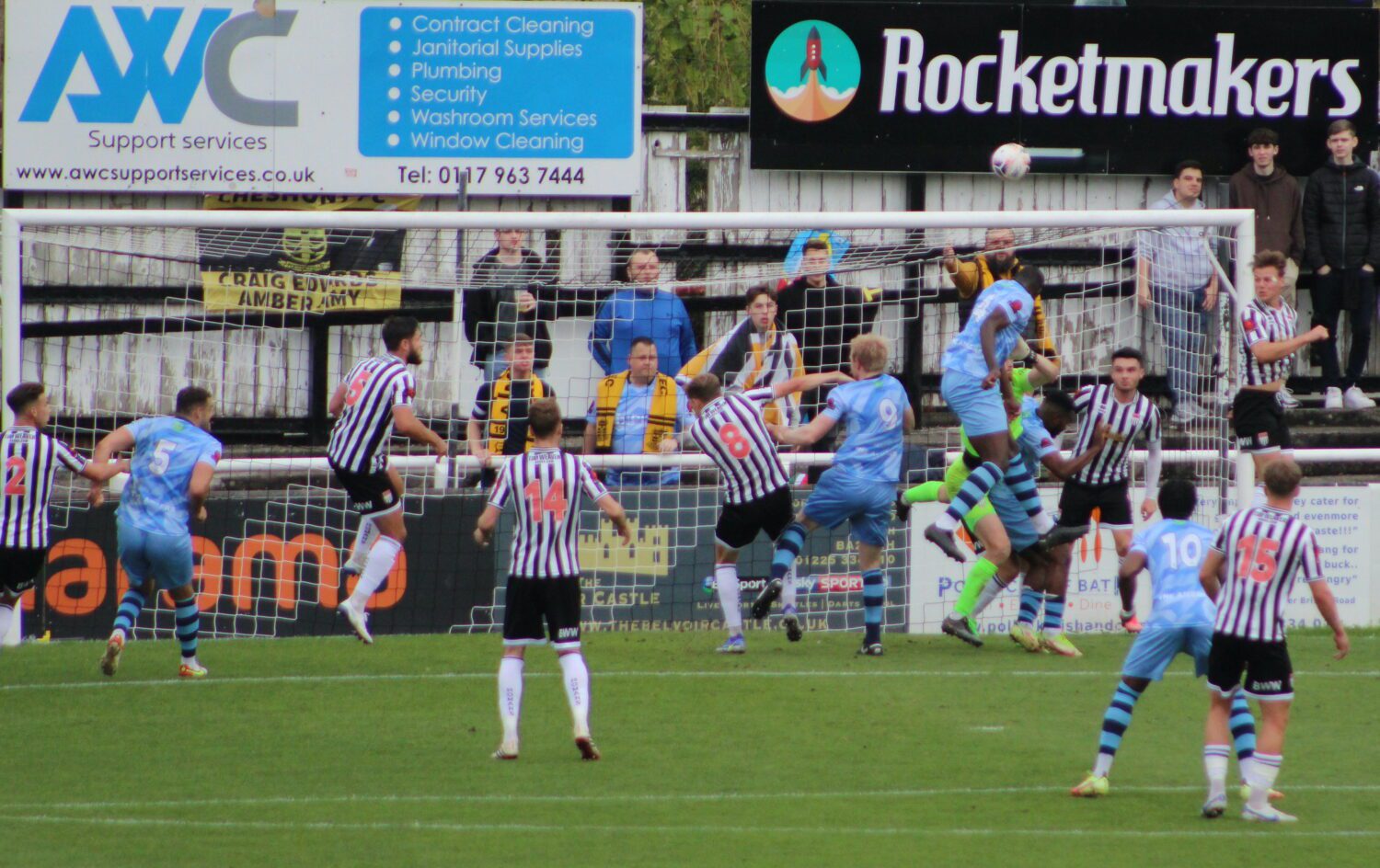 Camara went close in the last moments of the second half too, with a spectacular volley from a wide position hitting the side netting.  In between these moments of hope Bath City did impose themselves on the game & Joe Rose was kept busy, along with McKenzie & Lewis Hobbs in the centre of the defence,  Luke Warner Eley and debutant Fraser Alexander   covering the flanks. Cooke had chances to open the scoring before his penalty when he prodded the ball just wide from a dangerous cross from Chris Lines, and then when on target defied by good positioning from Rose to save. The Romans certainly had the better of the second half as Cheshunt sat deep to absorb pressure, as they had shots wide & high at the Cheshunt goal.

Cheshunt substitutions did give a new lease of life to the Ambers, some good passing moves around the midfield press of Bath boosted confidence and forced Bath onto the back foot in the latter stages, but a well organised home defence stood firm.

Teams listed in the Line Up tab.