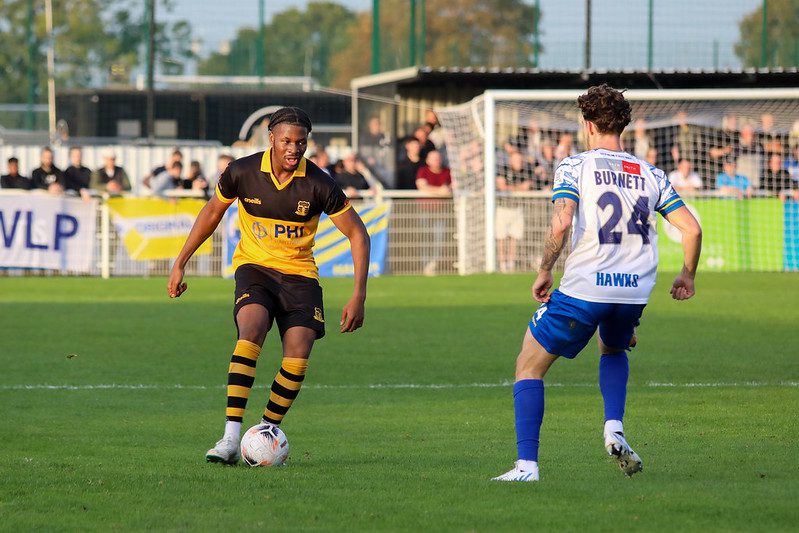 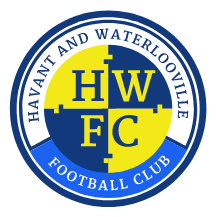 An exciting match throughout saw Havant & Waterlooville come out on top, but not before Cheshunt had served notice they were up for a fight. Raul Da Silva headed over early for the Ambers & Ross Worner made a smart double save when a Zack Newton shot deflected in his six yard box & Cheshunt couldn’t force the ball over.  For Havant Billy Clifford put the ball on the roof of the Cheshunt net at the back post after keeper Joe Rose could only parry. The visitors opened the scoring when a break down their left turned a pass back to James Roberts who struck a well placed shot across the keeper to the far corner. Both sides had further chances but goalkeepers were on top at both ends for the half to close with a slender lead to the vistors.

Cheshunt opened the second half on top, with Rowan Liburd leading the line well & Beckles Richards & Newton running off his wins.  A good Cheshunt shout for hand ball was turned down, and James Roberts then struck again when a clever one two with Mo Faal put Havant two up. The Ambers struck back through Ken Charles from a corner,

Mo Faal had two attempts saved by Joe Rose before Cheshunt cleared a corner but didn’t get out fast enough & Faal latched onto a clipped pass back in to score from close range & restore Havant’s advantage. The Ambers ran out of time to salvage a point despite a fine headed goal from Raul Da Silva after good work from Luke Warner Eley in the closing minutes. 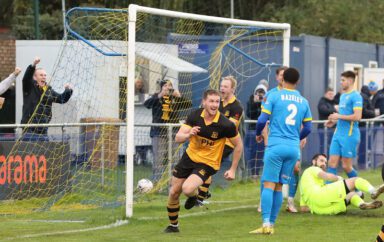 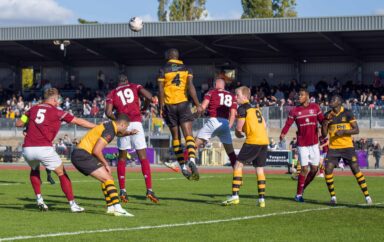