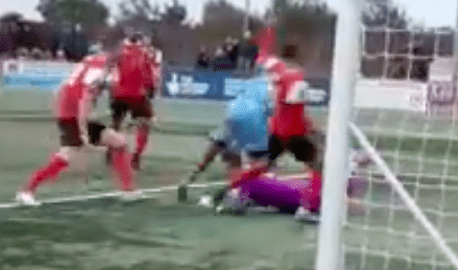 The Ambers didn't get anywhere near the green, let alone get the rub, when they visited Eastbourne Borough. A promising first half was followed by an unfortunate own goal & some very strange decisions from the officials which gave the home side all the momentum they needed to coast home. 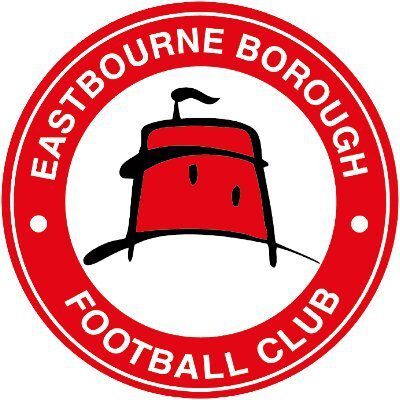 The Ambers dominated the first half of this match playing into a strong wind. Home keeper Worgan was forced into several smart saves. A succession of corners failed to convert the strong build up play, then the first controversial decision from referee Packman was made, or rather , not made at all. Reece Beckles Richards followed up a Ken Charles shot that keeper Worgan could only scoop away, as the ball moved out of the keepers reach & Beckles Richards got between the keeper & ball a desperate stretch saw one hand on the foot & the other on the calf of the Cheshunt forward bringing him down, no one in the crowd, Cheshunt or Eastbourne fans considered it was anything but a penalty, cue surprise all round, followed by relief from the home fans & frustration from the Cheshunt bench. 0-0 at half time, playing with the wind second half, no early goals conceded (thanks to a good save on twenty minutes from Joe Rose)

The second half started with a good move from Eastbourne releasing Barry on the right, he drove a low cross into the Cheshunt area, with Eastbourne’s striker lurking behind him Taylor Mac had no option but to stretch to clear, alas he could only steer the ball past Rose.

The Ambers thought they had the opportunity to equalise when keeper Worgan this time felled Zack Newton for an even clearer penalty, Alas referee Packman was loitering in the centre circle too far away to make a decision on the penalty, but apparently close enough to know Newton deserved a yellow card ! The assistant had the best view to see Newton push the poor back pass beyond Worgan & have the keeper just bowl him over, but in the best tradition of assistants he made no attempt to help the referee, whilst trying to look as inconspicuous as possible with a flag in his hand.

This decision appeared to knock the Ambers confidence and their general play fell away, silly fouls were committed, build up play didn’t build anything of significance and it left the home side to take advantage , Walker struck a well taken shot for their second, and in injury time Remy tapped home from close range to give Eastbourne a result that unfortunately didn’t reflect the match, and manager Craig Edwards metaphorically loading both barrels and adjusting the cross hairs in preparation for a verbal tirade in the tunnel !