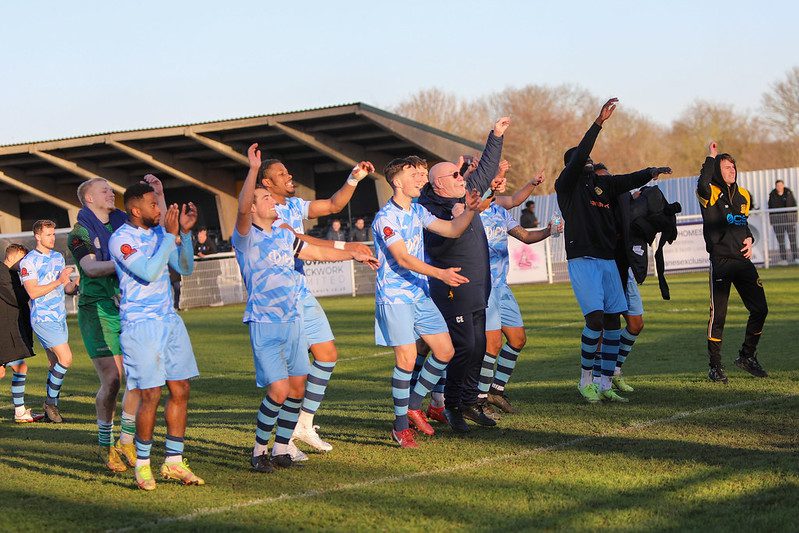 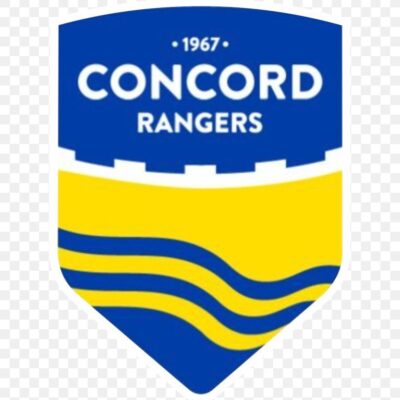 The Ambers were a little slow to get going and appeared to invite Concord onto them in the early exchanges. The visitors took full advantage & forced Adam Desbois into several saves, put the back four under pressure from corners, and forced the midfield into fouls in dangerous areas. Ryan Blackman managed to sky a shot when put clean through & Desbois pulled off a splendid diving save to tip a volley from Pollock around his right post with most of the Concord fans already rising to celebrate. Ricky Modeste in particular looked dangerous wide, & with Blackman pulled the midfield strings, Aron Pollock opened the scoring from one such free kick,  Blackman steered a vicious, low swerving ball through the gap left by the Ambers line up, all the way to the back post where Pollock stretched furthest to score from close range.

The opener kicked the Ambers into action & former Ambers keeper Mitch Beeney was forced into action at the other end.  On the half hour mark and under sustained pressure the Concord defence gave up a penalty as an attack on the Cheshunt right delivered a cross cut out by a desperate hand.  Beeney guessed right, but as with last week, the power applied by Reece Beckles Richards saw the ball hit the net before the keeper got far enough down to his right.

As the Ambers continued to drive forward on the platform being built by Alexander, Maja & Re in midfield, the Concord defence was tested by the runs of Beckles Richards & Newton, set up by Rowan Liburd & supported by full backs Pitblado & Cracknell.  As a five hundred plus Boxing Day crowd expected honours even half time the Ambers scored again, With Lewis Hobbs & Raul Da Silva  up in the box for a corner, they were retreating as Concord defended, when the Ambers won the ball back, a desperate Concord defence cleared again, but only into the path of Da Silva who thundered a shot home through a crowd of players.

The second half started in similar fashion to the first, with Concord appearing determined to get back on terms, but a well organised defence stood firm & left Concord looking increasingly to the long ball to avoid getting picked off in their own half.  Tyrelle Newton made his debut for Cheshunt on the hour mark & immediately impressed with his touch, range of passing & movement. A move down the Cheshunt left bought the best play of the match as slick passing moved the Concord defence around enough to see a pass into Liburd, who was able to release Zack Newton one on one & into the box, the Concord defender did well to turn Newton around, but with the rest of his defence stranded on their right, full back Billy Cracknell had acres of space to gallop into, Newton laid a pass into his path & he opened his Cheshunt account with a low shot.  The Ambers were well on top now & with the fans in fine voice they didn’t have to wait too long for a fourth goal. A corner placed perfectly to leave Beeney feeling safer on his line saw Centre Half Lewis Hobbs rise unopposed to direct a firm header downwards, to cross the line between the keeper & defender on the post.

First half goal hero Da Silva was perhaps unlucky to see red in the last minute of normal time when committing a foul in the Cheshunt box presented Concord with a consolation penalty despatched by Ryan Blackman,  & also the referee with little option but to issue a second yellow card. 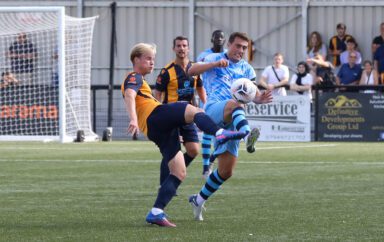 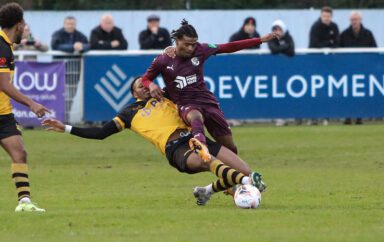