Cheshunt competed throughout the match but table toppers Dartford ran out winners to end the Ambers unbeaten run. 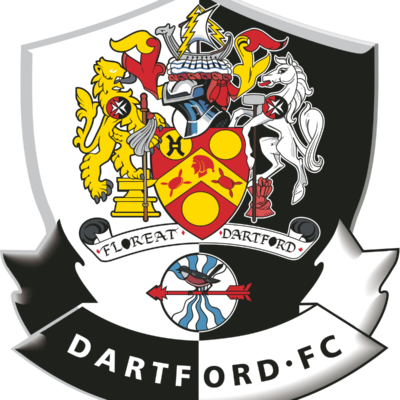 Line Ups on the Match Centre Line Up tab.

A wind & rainswept Theobalds Lane saw league leaders Dartford take all three points in difficult conditions, courtesy of a first half own goal & a five minute spell early in the second half that took them into a comfortable lead. It wasn’t a comfortable win, the Ambers were not without chances & certainly in the first half matched Dartford in all areas of the pitch.  Beckles Richards troubled the away defence into deliberate fouls & Rowan Liburd could have opened the scoring for Cheshunt when put through in the inside left channel, Wilks did well to eventually smother his shot. The opener proved to be an unfortunate own goal, Liburd back for defensive duties at a Dartford corner rose to clear at the near post, but the swirling wind saw the ball skim off the top of his head & into the net.

The second half opened with Dartford on the front foot, Luke Coulson went through on goal and appeared to delay his shot for an age before finally deciding to stab the ball under the advancing Adam Desbois. A Darts second followed within minutes when skipper Tom Bonner glanced a header towards the far post, Desbois dived across but could only tip onto the post & in.  The match was now an uphill struggle for Cheshunt, but they continued to play their football, fresh legs helped their cause, & when clearing a Dartford attack debutant Brandon Njoku ran from inside his own half, outstripped the Dartford captain, Bonner  for pace, and having seen his first shot blocked by keeper Dan Wilks, was first to the loose ball, with the Darts defence in his wake, to walk the ball over the line for a well taken, and well deserved consolation goal.