Kayne rejoined the Ambers in February from Bognor Regis Town, having been registered with Cheshunt a couple of seasons ago, but not played due to the curtailment of the season.

A fast & skilful wide player with an eye for goal and a good dead ball delivery, Kayne is a very useful addition to the squad, delivering goals at crucial times, including the goal that put Cheshunt into last season’s play off matches, and the first goal in the Herts FA Senior Challenge Cup Final. 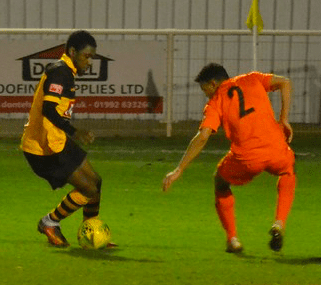