Good Afternoon welcome back to Theobalds Lane for the first of the pre season action planned to date. Today we welcome Great Wakering Rovers & FC Romania to compete for the Community Cup. Today Cheshunt FC have chosen The Willow Foundation as their chosen charity, and entrance is on a Donate at the Gate basis.

You can read more about the great work The Willow Foundation do in supporting seriously ill young adults enjoy a ‘Special Day’ to create cherished memories in the programme article where we also share the result of the Folkestone or Bust Charity Cycle Ride recently completed by three Cheshunt fans.

Please help Cheshunt FC support The Willow Foundation today by giving generously at the gate, or via one of the collection tins around the site.

We are still obliged to abide by the guidelines offered by Public Health England, The FA, and the UK Government with respect to managing Covid -19. Please help our stewards by ensuring you maintain a degree of social distancing, and remember ‘Hands, Face, Space’, wearing a mask when walking through the buildings.
Please note the bars today are operating on a table service basis only, please take a seat & our excellent bar staff will come to you for your order.

Cheshunt FC currently operates a No Dogs policy You are responsible for your own children on the site, unless they are participating in an organised event at the site with qualified staff.

The referee & assistants are also in their pre season and the officials today will rotate the roles across the three matches.

The Ambers Return for Behind Closed Doors Matches

At the beginning of April restrictions were lifted on adult sport outdoors and manager Craig Edwards lost no time in recalling the squad to training and organised matches to be able to keep the team spirit and camaraderie ready for the new season.  Unfortunately these matches have had to be behind closed doors, with attendance limited to club officials & transport providers only.

The first sessions soon revealed who had been enjoying too many beers & biscuits, but also gave them the opportunity to regain fitness.

The first match on April the 3rd saw a very good Basildon team from the Isthmian North give the Ambers the runaround, inflicting a 2-6 defeat.

Next was a mid week trip to Wormley where the Ambers fielded a mixture of first team players & trialists, winning 4-1. 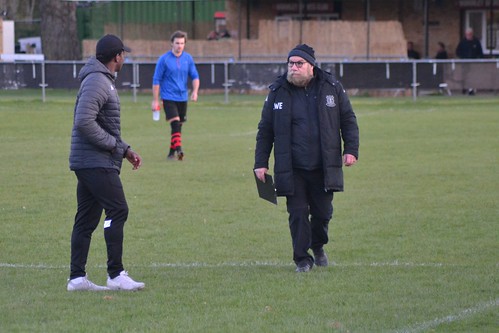 A sunny afternoon in Billericay and an early reunion with former assistant manager Mark Hughes saw Billericay win 2-0, both goals coming well into the second half, the first scored by Rowan Liburd, a player who signed for Cheshunt, but alas we didnt see due to Covid restrictions shutting the league down.  For the first hour Cheshunt more than matched Billericay, in an entertaining game, 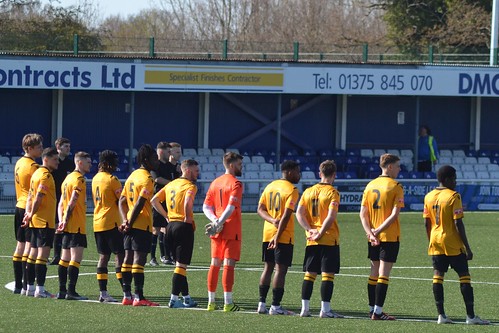 In the same week, Craig put an u23 side together as Southend Utd u23 visited Theobalds Lane, the last time we met it finished 3-3, this time Southend won 2-0. With one of the goals scored by Matt Rush whose performance saw him promoted to the 1st team squad for the visit of Leyton Orient, where he scored  the winner in a 2-1 victory. 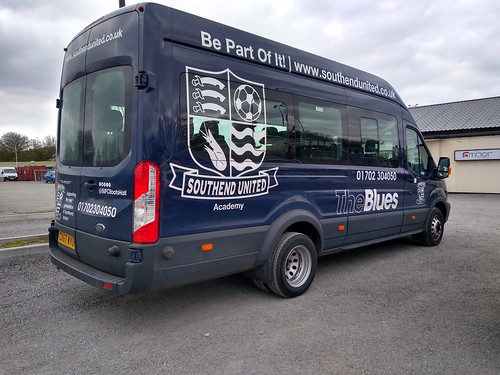 Arlesey Town managed by former Benfica  keeper Chico Ramos  came down the A1 to Cheshunt and gave the squad a tough physical test, Craig again made plenty of changes to give trialists and squad members the opportunity to impress, and they didnt disappoint, winning comfortably 4-1.   Mo Camara picked up an injury that has kept him out of subsequent matches, but he is expected to recover in time for a full pre season programme. 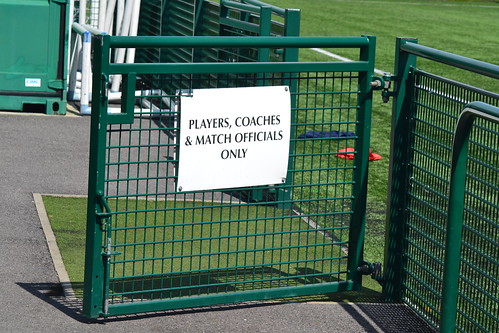 A short notice call saw a Cheshunt XI put together overnight  to travel up to Stevenage to take on their Development team, a very productive match saw the Ambers come away with a creditable 2-2 draw and give manager Craig plenty of positives to ponder over before the visit of Romford the following week end.

A familiar face in the Romford line up (we couldn’t miss him). Former Amber Lheureux Menga is still a handful, and still growing!  Craig took the opportunity to field a mixture of regulars and players he feels have the potential to fit into his squad, both sides made plenty of changes at half time with the score at 2-0 to the Ambers, final score was 4-1 to Cheshunt with new signing Ken Charles adding to his goal v Stevenage. 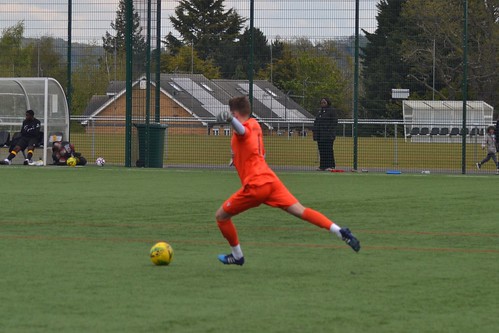 The most recent friendly match saw a representative XI from the Next Generation Development set up and managed by former Watford player & Isthmian board member Gifton Noel Williams.  The Ambers had a relatively comfortable afternoon, with some well taken opportunities giving Cheshunt a 6-1 win. 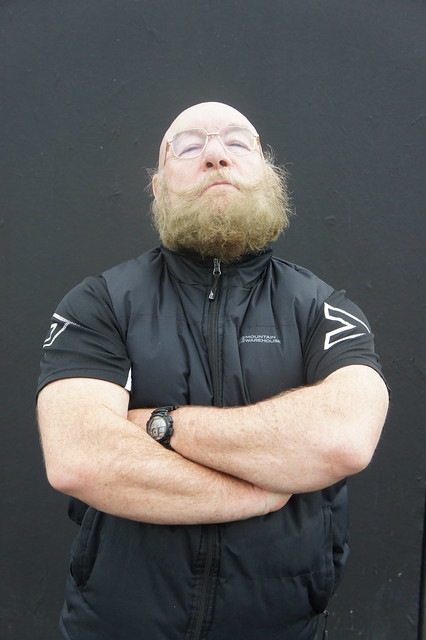 There will be one more u21 friendly arranged, then the  team take a short break, before reporting back for pre season at the end of June with some very attractive Pre Season matches already pencilled in, and the hope that we can open the gates and enjoy the company of supporters at these events.

The three teams will play each other once in a league format, 2 matches each. Standard FA 11 aside rules will apply unless otherwise noted here.

Each match will consist of 2 x 30 minute halves with a 5 minute break
Teams may make as many substitutions as they require, however a substituted player may not return to the field of play in the match in which he has been substituted, (except goalkeepers)

A player receiving a red card in a team’s 1st match becomes ineligible for selection in their 2nd match. There is no individual penalty for yellow cards, although managers are expected to use their discretion. Note , a yellow card may be an influence on count back.

Teams are awarded 3 points for a win & 1 point for a draw.

The declared winner will be the team with most points when all games have been played. If two or more teams finish level on points the winner will be decided on count back in this order,

If teams are still level after applying the count back the competition is deemed shared.

Thank you for your participation and your support. We trust you will enjoy the day, find the competition beneficial to your team’s pre-season build up and join in the community spirit we seek to generate from this event.

We look forward to discussing the event, the matches & the forthcoming season with you all afterwards in the Sports Bar.

In the Dugout with Craig Edwards

Welcome back everyone, I have been so looking forward to the day we can have supporters back to enjoy football with us. A warm welcome to the staff, players & officials from Great Wakering Rovers & FC Romania, I trust you will enjoy your afternoon and benefit from the pre season matches we will enjoy today.

You will have seen elsewhere in the programme area we played a number of matches behind closed doors to close out what was left of the 20/21 season. It was an opportunity to keep the squad working together, introduce some new faces and keep match fit, the lockdown has also given our long term injury concerns Taylor Miles & Nana Adarkwa to return after both suffering serious ligament damage in the knee area.

Recently we held trials to challenge players who want the opportunity to play at Step 3 to come to Theobalds Lane & impress Ugo, James & myself. The day after the trial I selected the best of the trialists and some additional players I would like to see more of to play in a match, the standard was very good, and you will see some of those players this afternoon, they will provide good competition to the more established players and drive our quality upwards as we move towards August 14th and our first three points!

I am pleased to report we have retained the majority of our squad from last year, with the exception of goalkeeper Shane Gore who has retired, and Anderson Pinto who has taken an opportunity at step 2. I look forward to seeing Pints do well in the National League & enjoying pints with Shane, who has been an exceptional goalkeeper over the years, You only have to scroll through the social media messages when Shane announced his retirement, all were positive, and the number of opposition fans taking time to wish him well and thank him for his banter is testament to his reputation & popularity.

We have some challenging pre season matches lined up and I look forward to the opportunities to test my abilities as a manager and coach when finalising the squad for the coming season, I think we have the basis of a very fit & high quality squad that will be in good shape to pick up the form we had when the league closed last season with us in second place.

The exciting Pre Season matches lined up include the following;

Cheshunt Fans  Tony Madden , Jim Tuite and Gary Fleming have spent lockdown keeping fit by cycling, as their mileage increased, their ambitions grew too. Having benefitted from the generosity of Bob Wilson, the former Arsenal and Scotland goalkeeper and Sports Presenter,  in signing a photograph for his brother’s birthday, and a subsequent follow up request, Tony came up with the idea of raising funds for the Willow Foundation, a charity organisation co founded by Bob, as a way of returning the favour.

Realising the challenge ahead, Tony recruited fellow ‘fifty something’ Cheshunt FC fans Jim and Gary, and now all three are in training with the grand cycle ride from Cheshunt FC to Folkestone Harbour Arm planned for June 12th 2021 (date subject to the current lifting of restrictions schedule)

We can all sponsor Tony, Jim & Gary raising funds for the Willow Foundation via Just Giving.

The Willow Foundation believe in quality of life and quality of time. Willow is the only national charity working with seriously ill young adults aged 16 to 40 to fulfil uplifting and unforgettable Special Days. This year they hope to fulfil 1,400 Special Days – a day to anticipate, to share and to remember when happy memories really do count. It’s been difficult given the recent restrictions, but work continues and has adapted accordingly.  Sadly for some, it’s a last chance to fulfil a dream with the people that really matter. Thankfully for many more their Special Day is an important opportunity to put much-needed normality back into living. As restrictions lift, the Willow Foundation hope to get back to delivering quickly. We hope this cycle ride will exceed target and help them.

Take some time to check out some of the amazing work by the Willow Foundation here , see how a donation will contribute to their work & consider whether you may be able to recognise Tony, Jim and Gary’s efforts with a donation please.

Thank You for your Consideration.

The Isthmian Football League strongly supports the FA statement that there should be a zero-tolerance approach against racism and all forms of discrimination. Accordingly, any form of discriminatory abuse whether it be based on race or ethnicity, sexual orientation, gender, faith, age, ability or any other form of abuse will be reported to The Football Association for action by that Association.