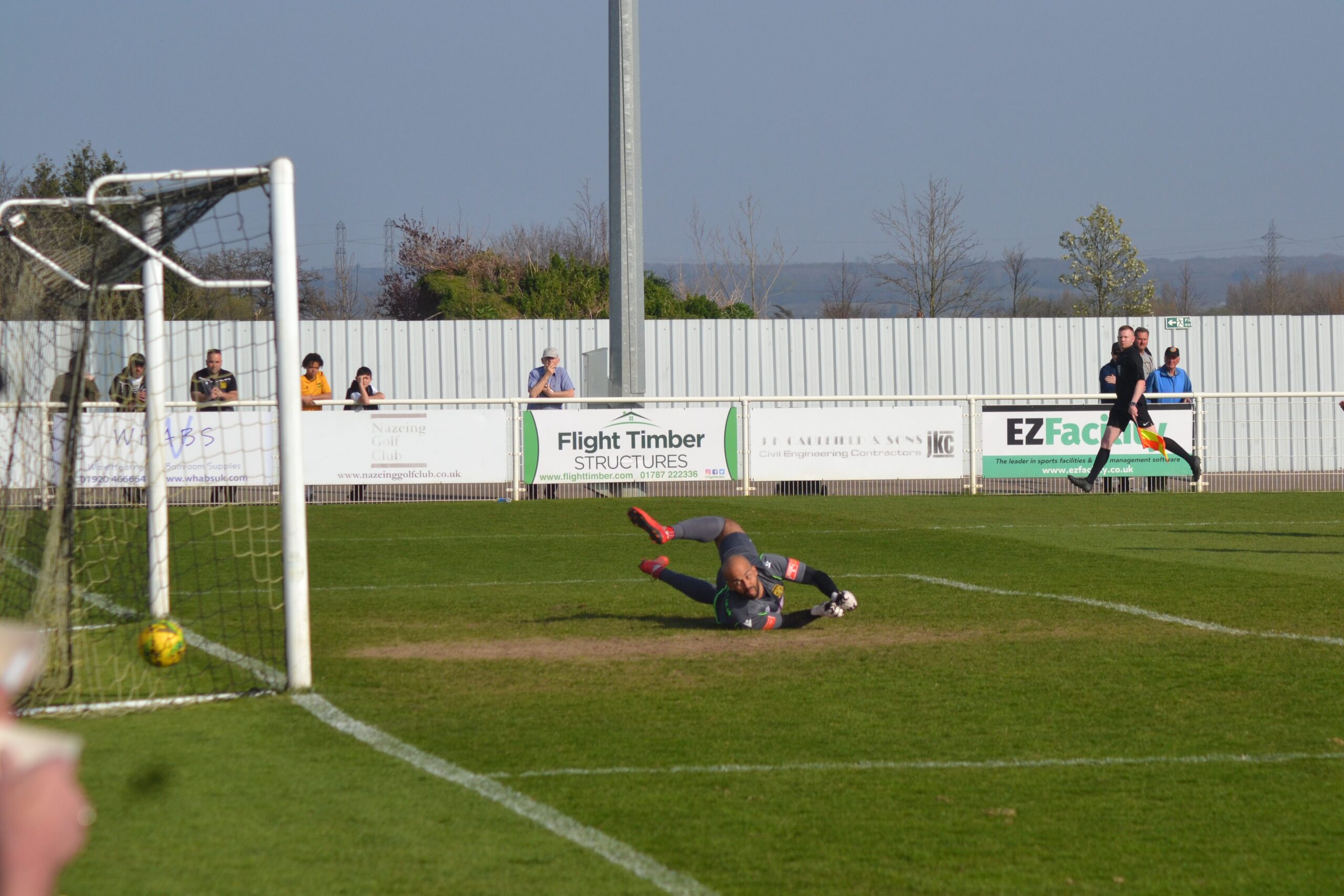 Cheshunt started brightly with Harrison Male saving a Joe Re volley but it was Worthing who drew first blood soon after. A pass from Callum Kealey found top scorer Oliver Pearce on the edge of the area and his clinical finish into the far corner of the net gave Preston Edwards no chance. The Ambers heads however did not drop and they kept the pressure up for the remainder of the half, with a fiery shot from Amadou Kasserate, which Male tipped over the crossbar, being the best of their efforts. 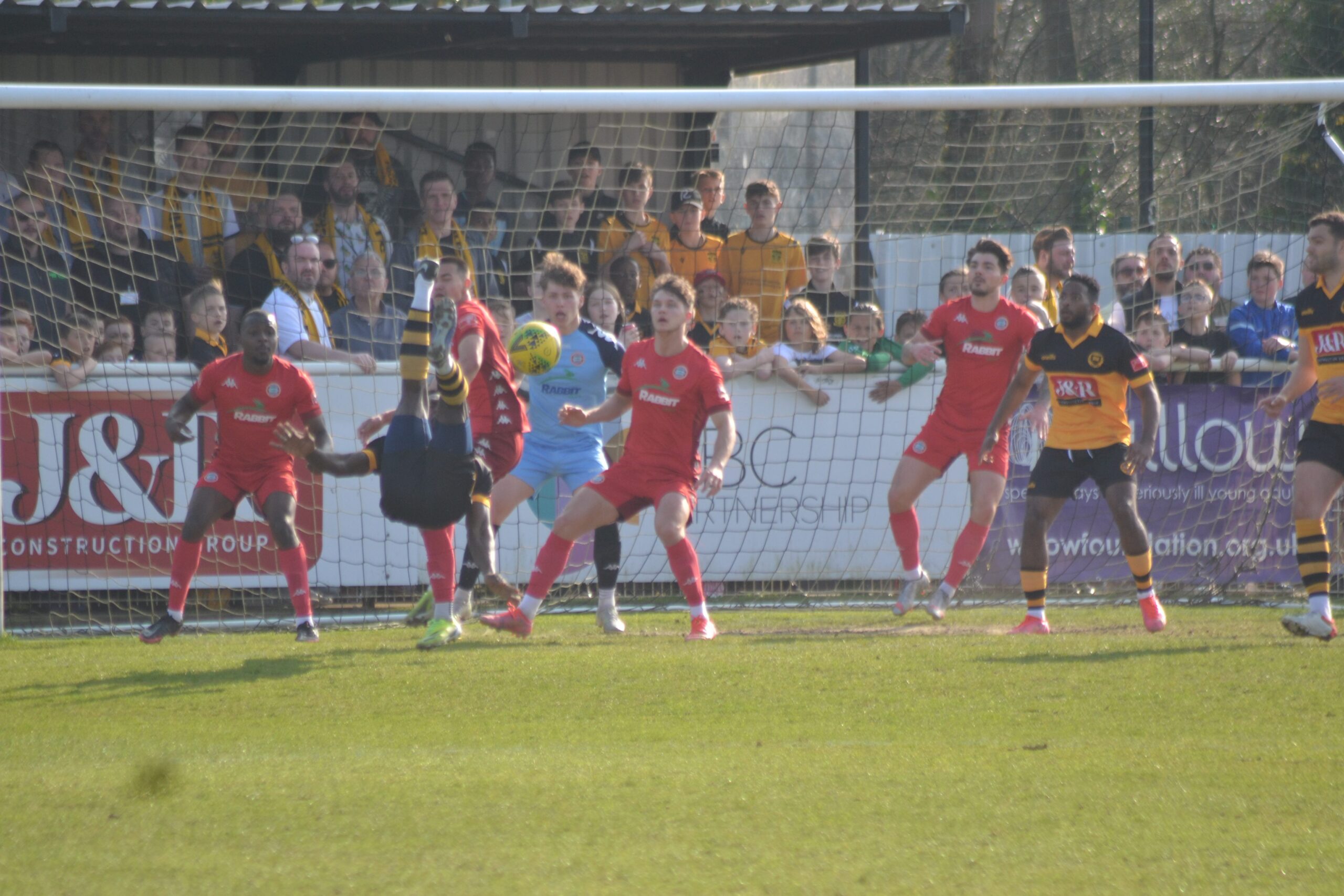 Moments into the second half, Cheshunt centre-half Adam Cowther headed home a Re free kick only for Referee Jack Wilmore to rule it out for offside. Cheshunt kept attacking, with shots from Beckles-Richards and Re coming close before the game turned in the 73rd minute.
With Crowther seemingly winning the ball from Pearce, the striker won it back, turned and found himself with a clear run on goal. Crowther pulled him back and Willmore showed no hesitation in sending him off.
The resulting free kick by Jesse Starkey was palmed wide by Edwards and it was from that corner kick that defender Will Seeger headed home to assure the visitors of all three points.
Entertainment 3/5
Star man – Will Seager (Worthing)